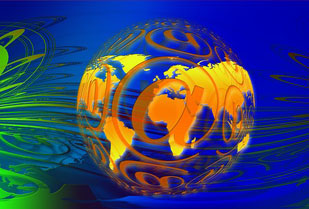 Like everything else, email usage differs from one country to another for a number of reasons. Depending on the country you are in, email correspondence could be expected to be highly formal while in others a friendly approach would be ideal. For this reason, it is important to understand the things that are likely to cause this difference in various countries.

Understanding whom the email is addressed to is one of the surest way to ensure that you are doing things right. Write the email with your target audience in mind. You need to understand their cultural orientation. Usually, you may find it more challenging to send an email to someone in Germany than it would be to send the same email to someone in Greece and South Africa or even to China. It is important to get a personal cultural education of the area you want to send an email to before communicating especially if handling business.

Cultural norms may also play out when dealing with emails and different countries. Some countries like Germany have very strict rules concerning the way they prefer to be addressed. If you are not sure of which way to go about it then do not hesitate to ask. However, in other countries such as USA where email is used like any other form of communication, titles may not be of major significance. On the other hand, emails from US may be short and straightforward. While Americans consider this as efficient, other countries may regard it as rudeness and thoughtlessness.

Consider the difference in timelines when sending an email because the response time will depend on it as well as technology. Patience should be exercised when sending international emails. In case you still feel uncomfortable using emails because you are unsure of their level of appropriateness for that country, you should consider elevating your communication. Use emails as a start for conversations and take up telephone and video chat conversations as an alternative. This will help prevent any awkwardness.

When sending emails to France make sure they are short, direct to the point, formal and do not contain private messages. When sending to Africa make sure the message is short to be accessed via smartphones. For Chinese emails, especially those that are business related make sure that you inquire about the surname and every business arrangement detail. For US, keep it simple and fast.

China remains the country with the most internet users making it the country with the highest amount of email users in the world. With over 590.6 million users, it is several hundred million-email users more than the USA, which has the second highest number of users. Although China has the largest number of internet users and by extension email users, this only accounts for 44% of the population, which is different from the USA where almost 85% of the population uses emails. The higher number of email users in China, which is almost twice as much as that of US users, is because of the high population.

There is also the other side of the coin where certain countries register low numbers of email users. With over 4.4 billion people around the world still not being able to access internet, it is possible that some countries have very few email users. Countries in the Middle East register the lowest number of email users because of minimal internet connectivity.